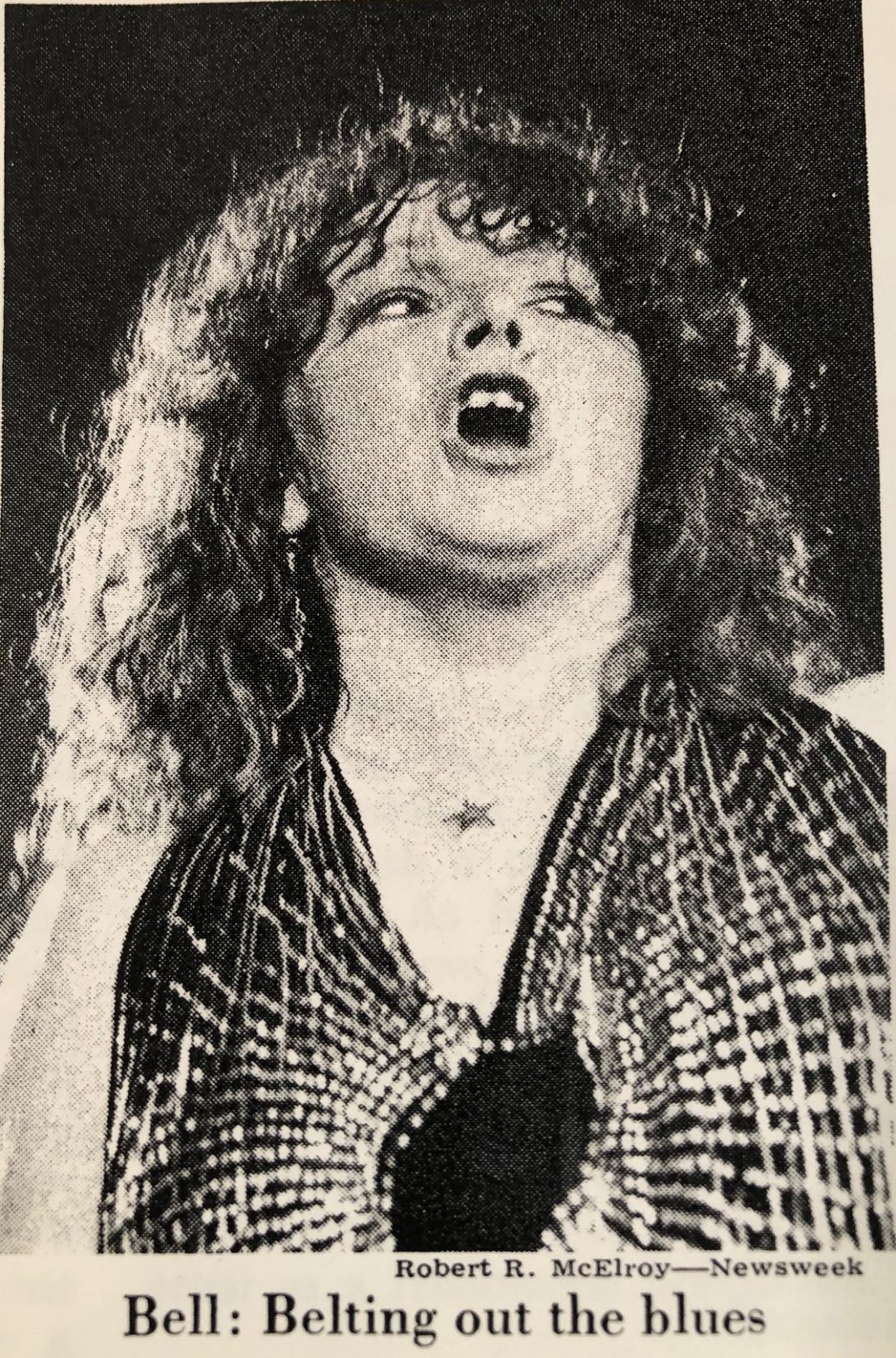 Glasgow-born singer Maggie Bell looks more like a red-hot mama than a wee bonnie lass. Nobody watching her belt out the blues would guess she began her career at the age of 5 shaking a tambourine in a Salvation Army band. Her voice has the kind of lustiness and power, range and abandon that has pop-music moguls betting heavily on her to fill the void created when Janis Joplin died.

Though practically unknown in the U.S., Maggie Bell, 29, has twice been voted best female singer in Great Britain. As the lead singer of Stone the Crows, a now defunct Scottish rock band, her performance at a London rock festival two years ago so excited U.S. record scouts that she became the subject of an intense bidding war. Atlantic signed her and she’s distributed by Polydor abroad. The combined deals add up to more than a half million dollars, reputedly the largest price ever paid an untested singer. She has just released her first solo album, “Queen of the Night,” and is touring the U.S. to plug it.

Both recorded and live, Maggie Bell comes on full of emotion and energy, control and presence. On the album she shows that she’s more than a “female Joe Cocker,” as British writers have called her. With easy versatility, she sings Ringo Starr’s hit rocker “Oh My My,” John Prine’s “Souvenirs,” a Latin rendition of “After Midnight,” plus a haunting version of the album’s title tune, which ought to be her theme song.

Impressive as she is on record, Maggie Bell is even better in live performances. Onstage last week at the Palace Theatre in Waterbury, Conn., her voice rang back to the rafters and she never stopped moving—dancing, prancing, kicking, wiping the sweat from her brow that had matted her curly hair into wet ringlets around her face. So far on tour, the second-billed Bell has been grabbing the local headlines.

In the Glasgow slums where she grew up, Maggie Bell always sang. Her father was a mechanic, and her mother still works as a waitress in a coffee shop. Maggie joined the Salvation Army at 5, “for the music, not the religion,” singing and beating the drums on street corners until she was 15 and had started to smoke—which was strictly forbidden. “My father used to see me in my outfit,” she recalls in her thick Scottish burr, “and shout, ‘You little hypocrite!’”

Mesmerized: Growing up, her idol was her aunt, a Scottish music-hall queen billed as Suicide Sal who used to take her along to performances. “I never talked to her,” says Maggie, “I was too mesmerized.” An uncle in New York sent her early ‘50s rock ‘n’ roll records and she memorized the numbers down to the last intonation. “You name it, I could do it,” she says. Later she became fascinated with Bessie Smith and Billie Holiday and adopted a blues style of her own. Today her accent completely disappears when she sings.

Two years ago the blues consoled her when her childhood sweetheart and fiancé, the lead guitarist of Stone the Crows, Leslie Harvey, died when he touched some faulty equipment onstage and was electrocuted. She had been performing with him since they were teenagers, first singing in bands that played ballrooms for “the over-25s” and then in Glasgow pubs, where they performed sometimes for only “a piece of chicken and a glass of cheap champagne.”

Today the earthy, warmhearted Maggie Bell still remembers the taste of poverty and is a fierce Scottish nationalist. She refers to the Duke of Edinburgh as “that Greek” and was once kicked out of a London movie theater for sitting through “God Save the Queen.” She also harbors few illusions about being an overnight success in America. “I’m not a hype,” says Maggie Bell, “so I’m willin’ to wait. It’s gonna be bloody hard work to make it here.” She could be wrong. 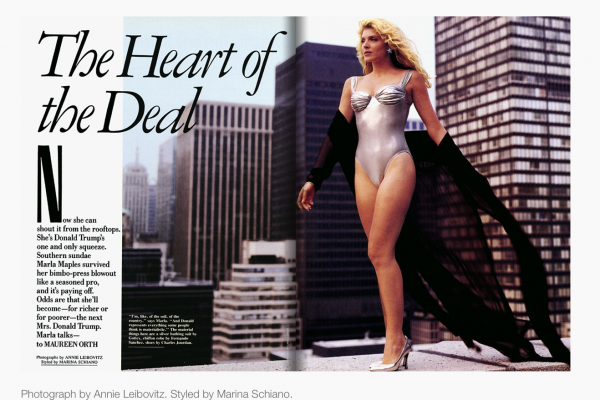 The Heart of the Deal: The Love Story of Marla Maples and Donald Trump