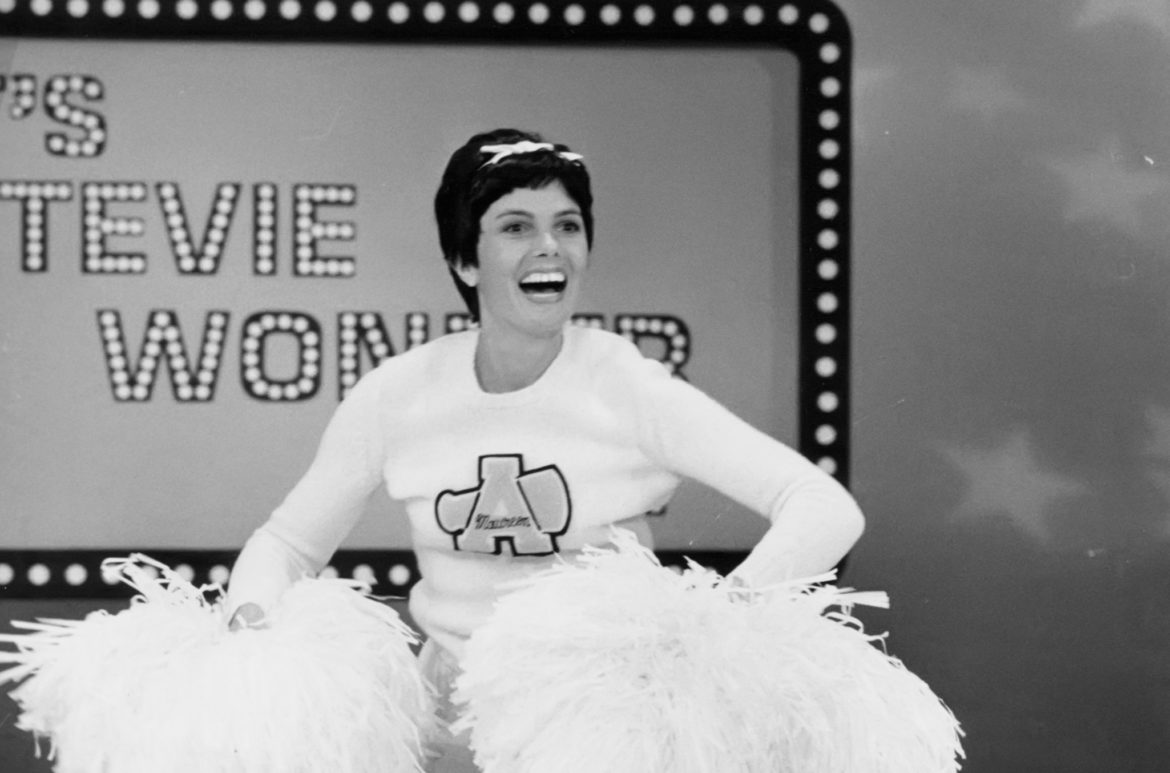 One of the most consistently bizarre programs on television is “The Gong Show,” a merciless twist on the old “Amateur Hour.” It was launched by NBC as a daytime feature and became such a hit that ABC is now putting on a nighttime version. For 90 seconds in the national spotlight and a top prize of $516.32, unknowns with a showbiz dream can display their questionable talents – but only at the risk of humiliation: after 45 seconds, any one of three celebrity, panelists can stop their act by whacking a huge Oriental gong. A few weeks ago, ENTERTAINMENT editor Maureen Orth went to Hollywood to report on “The Gong Show” and to her amazement was asked if she wanted to perform. She said yes, went on the show – and here is here report:

I watched a 16-year-old boy, prodded by his mother, burp “antidisestablishmentarianism.” I saw a pigtailed 22-year-old woman get up and sing “Me and Bobby McGee” – so dead drunk that she couldn’t end it. (A few minutes later she was found sprawled outside in the parking lot). Then a middle-aged man in a silver lame tux came in clutching another fellow in a gorilla suit who did Truman Capote impersonations. (“Shall we play ‘Aba Daba Honeymoon’ or ‘Gorilla My Dreams’ behind this?” the bandleader quipped.) Finally, in strode a young long-hair with tattooed arms and sporting turquoise jewelry, who launched into a series of barn-yard sounds – clucking, crowing and mooing. “We’ll tape you in two weeks,” said the executive producer, Chuck Barris. “I can’t, man,” the youth explained. “I’m gonna be in jail in two weeks.”

Barris who is also the daytime emcee of “The Gong Show,” didn’t bat an eye. That week he had already auditioned hundreds of people who were willing to do just about anything to get on national TV. Perhaps it was the enthusiasm with which I was taking notes, perhaps an unnatural gleam in my eye – but Barris suddenly came over and asked, “What can you do, Maureen?” Without thinking, I blurted: “I can do my old high-school pompom routine, I suppose.” “Geat,” said Barris. “When?”

Towels: That’s how I found myself, a few days later, asking my mother to send me the letter sweater I had worn back in 1960 as head cheerleader for the undefeated football team in Alameda, Calif. To get advice on polishing up the act, I called on my two most show-bizzy friends in Los Angeles – Mick Jagger’s former maid, Janice, and Bob Dylan’s landscape gardener, Chico. With them for an audience, towels for pompons and a record of my old school fight song (set to “On Wisconsin!”), I did my old stuff – and nearly had a heart attack. “You better camp it up more,” said Janice. “And tease your hair,” said Chico.

The next day I went over to a seedy old rehearsal hall – a converted restaurant – in Hollywood to audition on videotape in front of Barris’s assistants. I filled out a form that asked why I wanted to be on the show – “There are very few writers willing to make fools of themselves on national television,” I wrote – and handed it in. The assistant told me to get up and do it. I did it, felt close to a heart attack again, and he handed me back the form with three big A’s scrawled on it. Proudly I took it down to Barris’ office. “Does this mean they gave an A?” I asked. “No,” he laughed. “It means amateur.” I was told to report the following Saturday to NBC’s studios in beautiful downtown Burbank, where five shows would be taped. I was assured that the celebrity panelists – pop composer Paul Williams, singer Jaye P. Morgan and baseball Player Steve Garvey – would have no idea who I was.

Like all the contestants, I got the full treatment – being made up by a professional make-up lady and getting a “American Graffiti” hairdo from a hair-dresser, including a yellow bow. For five minutes I rehearsed with Barris onstage – the band knew “On Wisconsin!” – and dropped my pompons, real ones this time. “Boy, you sure have a lot of nerve,” a production assistant told me as I went off to the rehearsal hall to sweat things out with my fellow contestants.

Popcorn: There was a guy dressed up like Lily Tomlin’s character, Ernestine the telephone operator; a dog that could add and subtract by barking; a hairy fellow dressed vaguely like a Roman who was mumbling Marc Antony’s funeral oration from “Julius Caesar,” and a Mexican mariachi band from Rochester, N.Y., in the throes of “Cielito Lindo” – complete with a percussionist shaking a jar of unpopped popcorn. “I know I won’tget gonged,” said a nearsighted young schoolteacher who was preparing to sing “Feelings.” “I’m a music major.”

After several hours of waiting, fortified by snacks of sandwiches and apples, it was time for the show to gon on. A producter came in, smiled and said: “Let’s remember this is all in fun. That’s what ‘The Gong Show’ is all about.” Maybe, but I was the only one who seemed prepared to believe him. While each group of contestants was called up, the rest of us gathered around a TV monitor, sighing for those who got gonged, cheering for the ones who finished their acts and scored high. When “Tex and the Tweets,” a group of singing railroad switchmen and a bartender from San Bernardino, got gonged, they came back into the hall, and one of them reported: “It’s vicious out there. The audience is hostile, out for blood.” “We shouldn’t have done it sober,” said the bartender. “That’s the trouble – they dried us out for the show.”

Finally, my group was called – I was to be the last act of the fourth show.For the third and last time that day, I ran to the ladies room to practice my act, and for the third time found the room filled with other nervous contestants. Frustrated, I ran to the wings to watch my competition and stood there waiting with a man dressed as a 12-foot Cyclops. The first act, a black woman who sang Stevie Wonder’s “Isn’t She Lovely?” in a passable contralto, got a perfect score of 30. When the singing schoolteacher got gonged she couldn’t believe it. “Was I off-key?” she asked us over and over. “No, sweetie,” said the black singer’s accompanist. “You just have a little tiny voice, that’s all. You were wonderful.”

Kick: Then, three gongs later, it was my turn. I was nervous but also so sure I’d be gonged that I felt strangely giddy. “And now,” said Barris, “boy do I love this next act. Maureen Orth! The world’s oldest cheerleader!” The curtain parted. I remembered to walk to the middle of the stage. I smiled; the band started “On Wisconsin!” and I began frantically waving pompons and thinking: smile, smile, smile, kick, kick, kick. Suddenly the audience started cheering. I couldn’t believe it – they were digging my act! My skirt flew up as I kicked higher; the audience became a blur; I dropped my pompons and launched into my finale; “Gimme a G,” I yelled. “Gimme an O. Gimme and N. Gimme another G.”

Surely now, I thought, the panel would gong me. Turned toward the panelists and tried to camp it up. “What’s that spell?” I yelled. “Gong!” they yelled back – but there was no gong. I remembered to pick up the pompons and finished things off with a final kick.

“Gee, Maureen, that was just great,” said Barris after the applause. “Now let’s see how they score you.” Paul Williams ad-libbed a lascivious remark about wanting to get closer to my letter sweater and I suddenly thought, “He thinks I’m a bimbo.” He gave me an 8. I was flabbergasted when both Jaye P. Morgan and Steve Garvey scored me a 9, giving me a total of 26 and a tie – with a teen-age tap dancer – for second place (behind the Stevie Wonder interpreter). “That’s a very respectable score,” announced Barris, as he nodded me off the stage.

“I did it, I did it!” I said to myself as I joined the other contestants onstage for the frenzied awards ceremony. (While the credits rolled, I did the Charleston with a midget.) It was a feeling I hadn’t had since the last winning play of that football season sixteen years ago. And, in the euphoria that followed, I forgot to pick up my prize – an electric iron valued at $33.95. 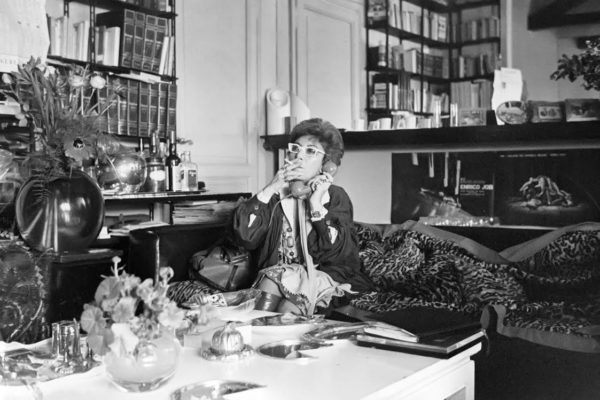 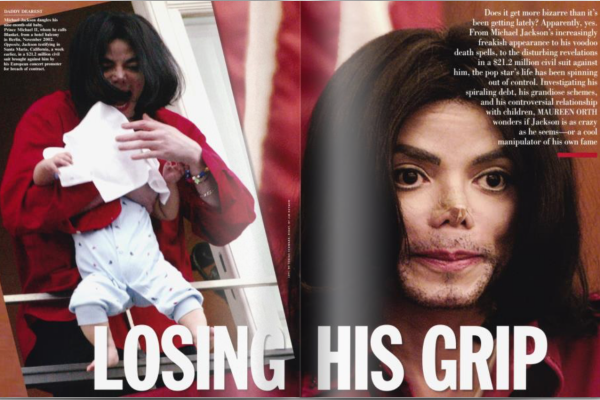 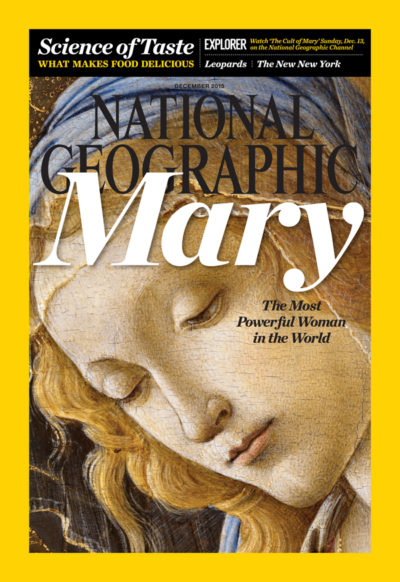