New York, of course, is the Broadway of publishing. But now there is a flourishing off-Broadway for books. The San Francisco Bay Area has established an alternative publishing scene successful enough to make a national impact and send slick New York publishers scurrying West to figure out how they do it. “West Coast books,” as they’re known in the trade, are mostly quality paperbacks that are taking an ever larger share of the U.S. book market. Bay Area publishers sensed early that quality paperbacks were the wave of the future, and as the “counter-culture” gave rise to new attitudes and life-styles in the American mainstream, they also understood the book market opening up as a result of those changes.

Ignored by reviewers and rarely advertising, these publishers work out of garages, their own homes, to produce beautifully designed practical books for the “new consciousness.” “Mediation in Action,” “Mandala,” “The Massage Book,” “Grow Your Own,” “Natural Hair Care” and “The Whole Earth Cook Book” are titles that have moved off the commune and into the mainstream.

The Bay Area has long had a strong publishing tradition. Editor Peter Martin and poet Lawrence Ferlinghetti launched the beat movement in the ‘50s with City Lights Books. Later, fine small presses like Four Seasons, which first published Richard Brautigan, kept the tradition alive. And, of course, there are more conventional publishing outlets like the University of California Press and Lane-Sunset, whose gardening books and success of “The Whole Earth Catalog,” which has sold nearly 2 million copies, galvanized the current and growing West Coast wave of life-style books. “Our books are intended as tools so people can work on themselves,” says 25-year-old Sam Bercholz, publisher of Shambala Publications—books “dealing with the development of man’s inner evolution. Some sell because they come into vogue, but basically these books touch on some need.”

Homemade: A significant part of the Far West publishing explosion is the book produced by the writer himself. By using an IBM Selectric Composer and the offset printing process, a budding poet can produce about 2,000 slim volumes for $800 and go from bookstores to poetry reading trying to sell them. “It’s a regular vaudeville circuit,” says Fred Cody, owner of a popular Berkeley bookstore. “That’s the most interesting part of West Coast publishing. You may be selling the Pound of the future.”

If there is a single inventor of the California book look it is Don Gerrard. In 1969 Gerrard founded Book People, a Berkeley wholesale distribution outlet for more than 100 California small presses. Now owned by its employees, Book People grossed $2 million last year. Gerrard pioneered the concept of producing profusely illustrated “homemade”-looking books under his own Bookworks logo. Then he teamed up with the Eastern giant Random House, which prints, distributes, and promotes Random House/Bookworks under a shared-profit agreement with Gerrard. These books, such as “Massage” and “The Tooth Trip,” have racked up combined sales of 300,000 copies. This spring Gerrard will bring out “The Well Body Book,” and updated version of a nineteenth-century home medical manual, and “Total Orgasm,” a compilation of Reichian and tantric-yoga sex exercises. “Gerrard could send them the San Jose phone book and Random would put it out,” says San Francisco publisher Robert Briggs.

Cornflakes: Random House is also taking over distribution for Place, the beautiful paperback periodical produced by a group of people who worked on “The Whole Earth Catalog.” But some New York publishers are dubious about the West Coast renaissance, especially since the initial “hippy trippy” fad books seem to be over. Briggs, whose forthcoming powers of the Shoshone medicine man, disagrees. “The whole Eastern publishing scene is crashing,” he told NEWSWEEK’S Maureen Orth. “They sit around and vote on what to print. For every one the score they miss nine. We can’t afford that. We get in and do, we stay with the books. You can’t sell books like cornflakes.”

Straight Arrow Publishing, on the other hand, the successful house that puts out Rolling Stone magazine, is out to take on the Eastern competition and score big. Run by 34-year-old Alan Rinzler, a former New York editor, Straight Arrow Books has published a wide variety of fascinating material, such as “Strike,” by Jeremy Brecher, a history of the U.S. working-class movement, and a series on ethnic stereotypes, such as “Chink.” This spring it will bring out two major hardbacks, Ann Charters’s biography of Jack Kerouac and Hunter Thompson’s bizarre, incisive coverage of the Presidential campaign, “Fear and Loathing on the Campaign Trail ’72.” “At first it was hard to overcome my slick East Coast Jewish image,” says Rinzler, who hops around his office in $150 crocodile cowboy boots. “Distribution was a terrible problem. Now this is the greatest romance any of us has ever experienced. We’re making our fantasies real, growing from small to big just like my Grandpa Max’s grocery store.”

Realizing their own fantasies is a popular theme among Bay Area book people. Big-selling authors like Richard Brautigan and Carlos Castaneda, who first published there, have elected to go East, but Ishmael Reed, one of the most important black novelists, has just begun a publishing collective in Berkeley. “What’s happening here now is something that happened in New York a long time ago,” says Sam Bercholz. “The same problems could happen here, but we have the New York example, so hopefully it won’t. There is a certain energy that comes from being the last frontier, the other edge of America.” 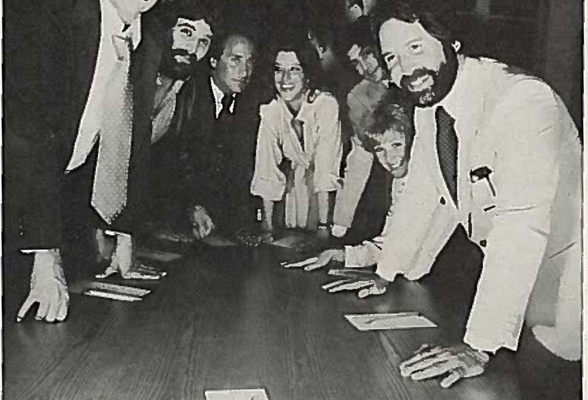 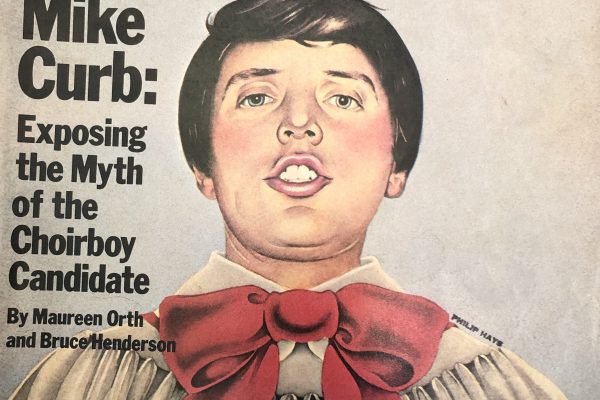