Special correspondent Maureen Orth’s investigation into the “Craigslist Murder” explored the dark corners of the Internet and of the psyche of alleged killer Philip Markoff. She spoke with VF Daily about the public’s fascination with the crime and how she managed to get her story.

VF Daily: This was one of the most highly publicized crime cases of the year. What was your goal in reporting on it?

Maureen Orth: I didn’t want to just reprise lurid details. I wanted to explain to people how modern crime is solved, and I wanted people to understand that the traditional notion of privacy has been smashed. Every time you go online, every click you’ve ever made on Craigslist, it’s all recorded. There’s no way for you to be anonymous on the Internet, and I don’t think a lot of people understand that.

What is it about this case that made it such a media sensation?

The alleged perpetrator was a tall, handsome, second-year med student who had graduated summa cum laude from college in three years. He’s not your usual suspect. And he had a very pretty fiancee, and they had a splashy wedding Web site, which led to a lot of made-for-TV coverage. We’re living in that kind of age now. There are similarities and dissimilarities, but I also covered the Laci Peterson case. That also got a tremendous amount of attention, because Scott Peterson was good-looking, Laci Peterson was pregnant, and they were the California couple who looked like they had it all. It was very similar in this case: he looked like he had a brilliant future, and this is how it ends up. It goes against the norm. We’re a society that goes for total saturation coverage of whatever the most sensational crime of the moment is. This case probably would have been the story of the summer if Michael Jackson hadn’t died.

Did the saturation coverage—and it wasn’t just the tabloids, it was also papers like The New York Times and The Boston Globe—make it harder for you to do original reporting?

These types of stories can be as difficult to report as any financial or political investigation. In this case there was a total shutdown from the medical school, from the friends, from the family, and from the entire towns where Markoff and his fiancee grew up. And this generation you usually have to try to contact through Facebook—there’s no way to pin people down, and if they don’t want to talk to you it’s pretty hard to even get them to respond in order to make your pitch. So it was an extremely tough nut to crack, but in the end I got the story I wanted.

How do you reconcile the fact that people are willing put so much of themselves online but then are so reluctant to talk to a reporter?

It’s a high irony. People put their entire sex lives, what they ate for breakfast, and all kinds of pictures of themselves online, but when it comes to a case like this one, they don’t want to speak even anonymously about it. Somehow they felt that it was contagious or they didn’t want to be associated with it, even if their name wasn’t going to be used.

In the end you spoke to quite a few people, including the mother of the victim, who can only communicate in Spanish. What was that interview like?

It was extremely sad. One of the saddest parts of the story for me was that the crime didn’t stop with Julissa Brisman’s murder. Her mother, Carmen Guzman, was called up in the middle of the night after the police could not locate a proper address for her. They were worried that the family would hear about the murder from the media first. So because she does not speak good English, she put her 15-year-old daughter on the telephone to try to understand what was going on, and the detective just blurted out, “Julissa Brisman is dead.” That was a tremendously difficult way to hear the news. And then the press descended on this poor woman, and she’s in utter grief. They banged down the door, tried to get her on TV. And she wasn’t even able to get her daughter’s personal effects, because the platonic male roommate whom Julissa was sharing an apartment with just disappeared. So I felt it was important to have her explain what her daughter was really like, and that she was not someone who had sex for money.

As you report, she often found work through Craigslist. But her experience illustrates how the seriousness of what people do on Craigslist can escalate. At first she was getting bartending jobs, and then she was taking jobs to be a scantily clad cocktail waitress at private parties… 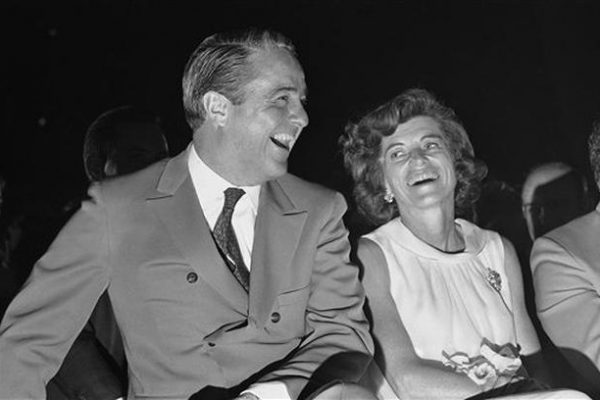